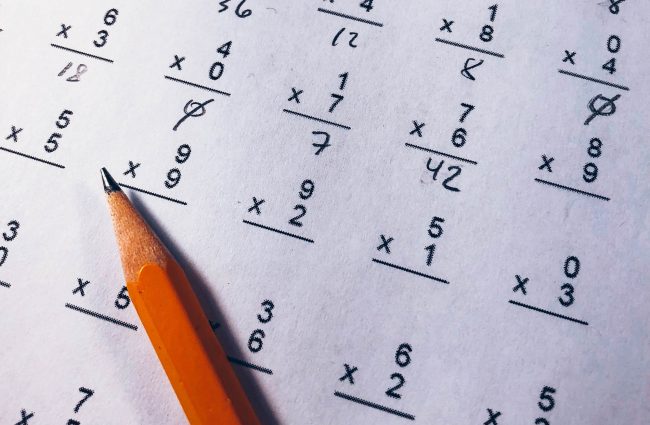 Is it time to Retire the Term “Math Facts?”

“Facts are never what they seem to be.” – David Byrne

You see it all the time. A student is working independently, when suddenly they reach for a calculator. They might be completing a worksheet, using an online platform, or even engaging in a hands-on activity. When you peek over their shoulder, they’re punching in ’14 x 0.’ Or maybe it’s ‘27 – 8.’ “Great,” you think. “Another student who hasn’t mastered their math facts.”

Many math teachers find it surprising, or even frustrating, when we see this sort of thing. We may get impatient with our students for not being focused or hard-working enough. We wonder why they didn’t learn their math facts in an earlier grade. Maybe we feel that they just aren’t “math people.”

But the real problem is in the way we’re thinking about the problem. What if these students did learn their math facts in third grade? What if every student is capable of being a math person?

What if there’s no such thing as a “math fact?”

So What Makes a Math Fact, Anyway?

Many students (and adults) struggle with basic operations. Usually because we think of math as a collection of facts, rather than a language or a lens. The phrase “math facts” implies that there are a fixed number of facts to be memorized. In reality, though, there are an infinite number of mathematical truths.

Thinking of math in terms of facts creates several problems. For one, it positions math as disconnected and incoherent. If we believe there are a set number of facts, we are more likely to emphasize drills and repetition, rather than conceptual understanding. As a result, students lose interest in math. And they tend to forget what they learn from one year to the next.

Here are five reasons why math educators should reconsider how we teach math facts. And why it may be time to retire the phrase altogether.

We once believed that atoms were the most basic unit of matter. They were indivisible, inflexible, and indisputable. But by the late 1800s, the first subatomic particles (pieces of atoms) were discovered. Soon, Einstein’s Relativity came along to blow the old atomic theory to bits.

Math facts are a lot like atoms. Many of us believe they are the most elemental unit of math. We worry that students will struggle through all future content until they ‘learn their facts.’

The reality is that math facts are composed of even smaller units of understanding – the concepts of number and operations.

When students have number sense, they can build all the math facts, rather than memorizing them one-by-one.

When a student can’t calculate 4 x 7, there are a number of conceptual strategies they can employ. They could count up by 7s. Or take away 7 from 5 x 7. They can even create an array or double 2 x 7.

Students who use these strategies understand the meaning behind the operations. And they can apply that understanding to discover facts they don’t know. That ability is exponentially more valuable than memorizing a list of so-called math facts.

2. There are an Infinite Number of Math Facts

When you see math fluency in terms of patterns, you realize there are an infinite number of math facts. If 7 x 8 is an essential math fact, what about 7 x 80? 7 x 800?

If you believe that math fluency is the same as “knowing your facts,” it makes sense to focus on drills and repetition.

I never forgot the 0’s or the 1’s. But once we got to the 6’s and 7’s, that was a different story. I was always ready for that Friday’s quiz. But as soon as the quiz was over, all those “facts” were wiped clean.

The reason comes down to neuroscience. Our brain learns by creating connections between neurons. The connections that are used regularly get strengthened – they fire more quickly and last longer. Those that aren’t, get pruned.

Science writer Tom Siegfried has a great article on the importance of forgetting. He explains that “the biological goal of the brain’s memory apparatus is not preserving information, but rather helping the brain make sound decisions.”

So while we can trick our brain into memorizing math facts, the memories don’t last. If our brain considers 6 x 8 a distinct “fact,” it will only store it as long as we regularly use that one piece of information.

As students progress, they will use these strategies day after day. This tells the brain that the skills are important. And that ensures the neural pathways will be preserved and strengthened.

4. Math Facts Are No Fun

Few advocates of fact-focused math claim that drills inspire excitement or curiosity. It should go without saying that if we want students to identify as mathematicians, we expose them to the beauty of math.

Some educators assert that they use games and apps to make math facts fun. This “spoonful of sugar” approach can actually backfire. I’m all for fun in the classroom, but we should show students that the math itself is exciting. Treating math like medicine teaches students that even adults find math boring.

For some students, mere boredom is the least of their worries. Jo Boaler is a professor at Stanford, and one of the foremost experts on math education. She’s written extensively about the links between timed testing and math anxiety. “Conservative estimates suggest that at least a third of students experience extreme stress around timed tests.”

In the same article, she cites a PISA study of 13 million, 15-year-old students from around the world. It found that “the lowest achieving students are those who focus on memorization and who believe that memorizing is important when studying for mathematics.”

If fact-based math education is neither fun nor effective, why is it so pervasive?

5. You Don’t Have Time for Math Facts

As students move into upper elementary, middle and high schools, there just isn’t the time to address math fluency. There are plenty of students in Algebra who struggle with basic operations. Imagine incorporating timed drills, while still covering exponential functions and factoring quadratics. This is the main reason older students rely so heavily on calculators — their teachers may feel it’s the only option.

The beauty of this problem, though, is that there is time to embed numeracy into the upper grade levels. The key is approaching standards conceptually, and not just procedurally.

Students can’t just learn to “solve” proportions. They need to learn that a proportion describes a relationship between ratios. They can’t just identify functions using the vertical line test. They need to understanding inputs, outputs, and patterns. Otherwise, we aren’t building fluency.

Fluency After the Fact

For students who ‘missed the boat’ on mastering their math facts, it’s important to embed fluency into pacing guides and curriculum maps. Textbooks rarely offer this level of integration, so you’ll want a curriculum plan customized for your school’s needs. Our curriculum design team specializes in creating such plans.

These are a few examples of content standards that are ideal for teaching fluency. They cross grade levels and all benefit from conceptual, inquiry-based teaching methods.

Teaching students formulas for area and volume won’t reinforce numeracy. Instead, introduce these concepts as “measurements of 2- and 3-dimensional spaces.” Hands-on activities that ask students to discover the formulas can also support fluency.

The challenging mental math problems discussed above all rely on algebraic reasoning. Familiar equations can provide an avenue to introduce variables. When students manipulate expressions and equations, this work can also reinforce their calculation skills.

Functions are a core mathematical concept that connects to standards at any grade level. A strong functional understanding  can help students master times tables. Your students can also use pattern understanding for mental addition and subtraction.

Factoring is little more than asking students to generalize their times tables backwards. Our Sieve of Eratosthenes lesson is a fun way to introduce factoring, while building fluency with all four basic operations.

My Favorite Math Lesson Ever

If there is one lesson I love to teach again and again, it’s the Sieve of Eratosthenes. This lesson can work with students at almost any grade level. And it does wonders for fact fluency and pattern recognition.

The activity builds off of a simple 100’s chart. But once students begin coloring in the patterns, it becomes much more. I taught my students to use it in place of a calculator. It helped them become fluent with basic addition, subtraction, multiplication and division. Read more about the lesson here. You can also download the complete lesson plan, with reproducibles, from our TpT store.

I WANT THE COMPLETE SIEVE LESSON 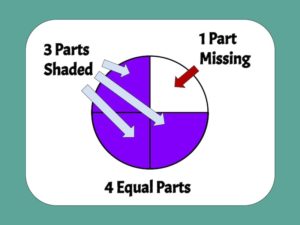 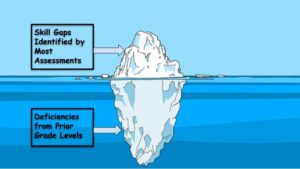 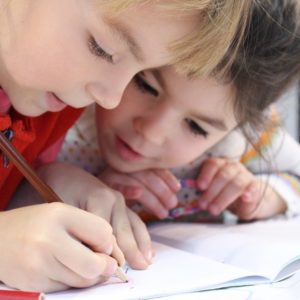